Dow Jones Industrial Average up or Down? 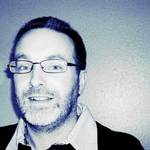 With so much mainstream news coverage of the stock market attempting to tie the DJIA to events such as the Obamacare repeal or tax reform, it's easy to lose the forest for the trees. Here's the forest:

Then if we zoom in a bit:

So, 21600 is a key level. If the DJIA could break and hold above that level, it would represent a new expansion and a higher level of energy within the market. When the DJIA broke above the 4/8 Murrey Math Level or 20250 that was important. The 4/8 level is halfway between 0/8 and 8/8 and generally offers either resistance or support depending if price is above or below it. Eventually, after breaking through the 4/8 level it moved past the 6/8 level or 20925.00. However, the DJIA has not managed to get too near the 7/8 level of 21262.50.

A few potential indicators that the DJIA is going to move back near the 2/8 or 19575 level would be:

Despite the natural human tendency to focus on single events as causes of price action, the DJIA is moved by cycles. These cycles are behind almost anything you can imagine from climate to political events. While the current bull market in stocks has been attributed to a change of political leadership in Washington (which you can make a good argument for), the truth is closer to being that current political events and the stock market is driven by cycles.

Over the next few weeks and months the cycle points towards the DJIA moving lower before making a strong push higher. If you look at the current movements of the DJIA in light of Martin Armstrong's Economic Confidence Model and the 103.2 year stock market cycle, it's possible that 12-1-17 (2017.9) could bring a multi-year bear market in stocks before stocks roar back in a 1920's style bull that will represent the biggest bull market that many of us will see in our lifetimes.

The long-term view past the new roaring 20's bull is frightening. Like the previous Roaring 20's the next one will end with similar results. It won't be clear until past the top, but once that top is in the market will eventually be destined for a near 90% decline. It's just the way that cycles and the numbers work. But, for now, keep an eye out for a move down in the DJIA to the 2/8 level or 19575.

Chart Analysis uses a combination of technical analysis and cycles to provide insight into the future direction of precious metals, currencies, stock indices and more.